“The visual simplicity of Layla Walter’s forms belies complex conversations around New Zealand’s history, our environment and the importance of people and place”.1

This New Zealand glass artist has gained recognition for her distinctive works in cast glass. Growing up in a highly creative rural environment, Layla learned easily through her hands alongside local artists and craftspeople. Her teacher, glass artist Elizabeth McClure brought her into contact with the ancient lost wax process during a Diploma of Applied Arts which later transitioned into a Bachelor of Design. Since graduation in 1998, she has consistently worked in her own practice as well as assisting some eminent artists, particularly valuing her fifteen years with Ann Robinson who pioneered the lost wax technique for glass casting.
Her work is held in both distinguished private collections, notably those of Sir Elton John,
Sir Peter Jackson and Fran Walsh, and Peter Gordon at The Sugar Club and in significant public institutions within New Zealand, including The Museum of New Zealand Te Papa Tongarewa and Auckland Museum. New Zealand is further represented by her work in museums, galleries and cultural embassies around the world: the New Zealand Ministry
of Foreign Affairs and Trade have placed her work in Egypt, Iran, France, and USA.

She been invited to teach, demonstrate and talk about glass casting and New Zealand glass  in Australia, America, Canada and Germany and New Zealand. An ambassador for New Zealand glass art, she produced the DVD ‘Artists Working With Glass In New Zealand’,2 a valuable historical resource about glass practice in New Zealand, which was shown internationally, including at the American Glass Art Society (GAS) Conference, 2005 Adelaide, Australia.
Walter has been a committee member of the New Zealand Society of Artists.
Walter’s glass has been included on six occasions for publication in the Corning Museum of Glass (USA) New Glass Review,3 an esteemed annual review juried by a rotating panel of peers and curators, in which only 100 artists’ images across the world are selected out of thousands.
Walter continues a tradition of cast glass, working with techniques which are highly skilled and complex, employing internal and external carving, using personal representations of weaving or flora and fauna carved in bas-relief. Australian critic Noris Ioannou wrote “ Layla Walter’s Magnolia vase is a tour-de-force...”4
Louis Le Vaillant, Curator of Applied Arts at the Auckland Museum wrote “Layla Walter takes camellia flowers for a walk around the inclines of her bas-relief cast-glass vase. Mostly contained inside the vase’s cavity, the blossoms are painstakingly carved in relief, momentarily revealed only to merge into a mass of glass. It’s a work which is contemplative and meditative and one which reinforces the simple delight of gracious, ephemeral blossoms.”5
Justine Olsen, Curator of Decorative art and design, Museum of New Zealand Te Papa Tongarewa wrote: “Layla Walter’s interest in native flora, fauna and customary weaving practices of Maori has informed her practice from her early years… Layla has been working in glass casting for over twenty years… (her work) reveals the outcome of a skilled and informed practice... The apparent simplicity Layla conveys through each vessel belies the complexity and unforgiving nature of the ten-stage process of lost wax casting where negative renderings emerge into the final positive form”.6 Walter’s woven works reflect skills learned as a child in the weaving house at Otatara Trust, Hawkes Bay, refined through the guidance of Kahu Te Kanawa and Joy Wikitera.
Layla grew up in a rich environment of regenerating bush, beach and farm land in the northern tip of Coromandel Peninsula. “Constant exposure to processes of making was my learning ground. Throughout this community was a strong ethic of hard work, problem solving, and social inclusion. Moral responsibility extended to people and the environment”.
Walter’s glass vessels celebrate connection, the titles of her work honour friendships and work-ing relationships (such as Ann’s Dahlia), environmental interests (Tui For Geoff and Kowhai –Coromandel Gold), social or political concerns (Camellia For Kate and Saddleback, No Island Sanctuary).

For over twenty years the auction of her work has raised funds for causes in the areas of health, education, and art. In 2013 Layla Walter was commissioned by Art+Object director Leigh Melville to create a work, Lavender, St Cuthbert’s Garden, an on-going edition which has raised $20,000 for girl’s education. Melville’s own art collection was recently reviewed in the NZ Herald; “Melville exudes an obvious joy when talking about art, especially her glass art collection that includes pieces by leading New Zealand glass artists Ann Robinson and Layla Walter.”7

Since the 1990’s Walter has received a number of awards. Pilchuck Glass School, USA, awarded Walter a student scholarship (1999), Teacher’s Assistant position (2000), and Saxe Award (2001) for which she travelled to USA. She has received an AMP Achievers Award and Creative NZ Awards for publicity, travel and international demonstrations. She was invited to present at GAS, Pittsburgh, USA (2007) and was awarded the MMCA 3D Awards: Creative Excellence Prize for Kokako (2008) of which the judge, Claire Regnault, commented: “A beautifully refined and elegant piece imbued with poignancy.”8

In 2014, for Black Robin, Walter received an award at The Trusts Art & Sculpture Awards. Black Fig won Best In Show judged by the international judges for the NZ Society of Artists in Glass Members Exhibition at the NZSAG conference 2016. In the same year two works were selected by Objectspace director Kim Patton as finalists in the Molly Morpeth Canaday 3D Sculpture Awards, Whakatane.

In 2014 and 2017 her glass vessels were included in Richard Wolfe’s curated exhibition ‘Our People – Our Land’ alongside the work of premiere New Zealand artists including Lisa Reihana, C.F. Goldie, Sir Peter Siddell, Grahame Sydney, Terry Stringer, Karl Maughan and Raymond Ching. New Zealand artist Stanley Palmer selected Layla’s work as one of his ten favourite things, NZ Herald (2012). Walter’s work has been noted in National Business Review as worthy of investment.
Layla Walter is represented by Traver Gallery, Seattle, USA. She was one of seven chosen for Luminaries ‘a selection of work from New Zealand’s foremost glass casters’  at Sabbia Gallery, Sydney, Australia (2009). In New Zealand, Layla Walter is represented by Masterworks Gallery in Auckland, Avid Gallery, Wellington and Milford Galleries in Queenstown and Dunedin. 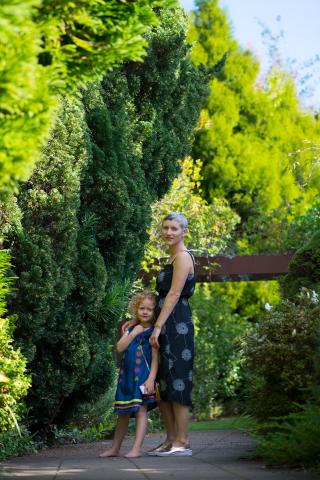